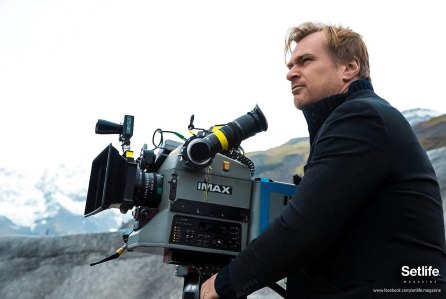 UPDATE, 11:17 AM: Following up on earlier reports including one from Deadline this morning, Warner Bros has confirmed that Christopher Nolan’s next film is indeed the WWII Dunkirk evacuation project. It’s called Dunkirk, and Mark Rylance, Kenneth Branagh and Tom Hardy will be part of an ensemble made up largely of unknowns. Pic will be shot on IMAX 65mm and 65mm large-format film. Everything else is as our International Editor Nancy Tartaglione reported it earlier this morning.

PREVIOUS, 10:04 AM: The subject matter of Christopher Nolan’s next project has been shrouded in mystery, but light may have begun seeping in with revelations reported by French regional paper La Voix Du Nord. After the mayor of Dunkirk, France, Patrice Vergriete, earlier this month announced the arrival of an “American superproduction and a world-renown director” this spring, the paper says it has uncovered the identity of the helmer and the subject of the movie. According to the outlet’s information, it’s Nolan who is prepping a film about the World War II evacuation of Dunkirk which took place from May-June 1940.

This would be Nolan’s first directing foray into the war genre. He has stayed silent on details of his next film, which Warner Bros already has dated for July 21, 2017. Warner was mum again today when contacted.